Dubbed the ‘Clash on the Dunes’, Anthony Joshua will face Andy Ruiz Jr. for the second time as a professional on December 7, as he seeks to regain his three world heavyweight title belts lost on June 1 at Madison Square Garden.

For the first time in history, the heavyweight title will be competed for in Saudi Arabia, harking back to such locations of the past when Muhammad Ali fought Joe Frazier in the ‘Thrilla in Manila’ and when George Foreman fought Ali in the ‘Rumble in the Jungle’ in Zaire.

Can the Briton make history to become two-time heavyweight champion of the world? We preview the big fight.

It’s a credit to Anthony Joshua’s steely mentality that he has decided to jump straight back into the ring with Andy Ruiz Jr. when he could have taken a couple of warm-up fights before activating the rematch clause in their contract.

But Joshua is all about legacy, and there’s no doubt that his legacy will be preserved should he reclaim his belts at the first chance of asking.

Can he do it, and if so, how? The obvious tactic is for the Watford-born brawler to keep Ruiz Jr. at the end of his jab, tire him out, and look to take him out in the later rounds.

But AJ has also built a reputation on his punching power. The former champion has 21 knockouts to his name, and his favourite method of knockout is a flurry of headshots. Will we see him inflict this on Ruiz Jr. for an early KO?

Ruiz Jr. will come to fight, and Joshua has to do everything he can to stay away from his lightning-fast hands on the inside. If he can do that, a Joshua stoppage between rounds 9-12 looks kindly priced at 11/2, whilst you can get him to win the fight on points at 7/2. 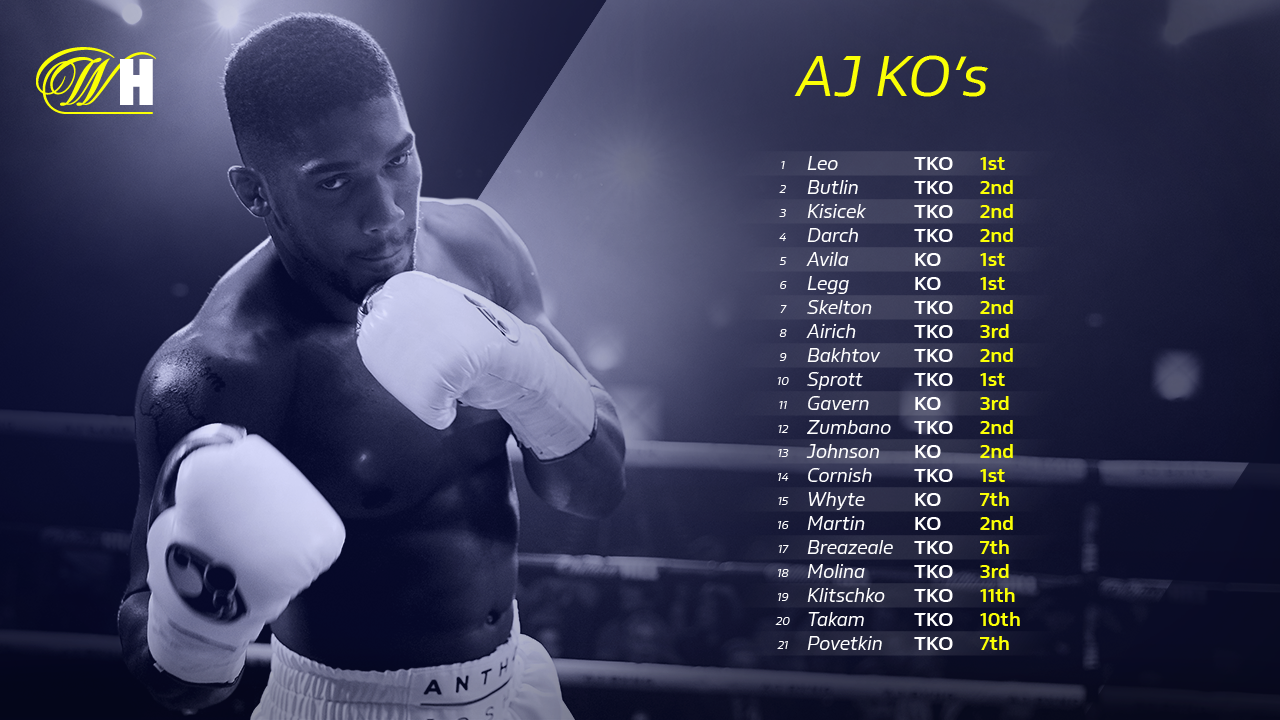 Ruiz Jr. still has it all to prove

Ruiz Jr. surprised everyone with his victory in the first fight. As the rematch looms, questions have been asked of the 7/4 priced outsider – has he been enjoying his new found fame a little too much? Will he return to the ring with the same hunger that helped him to glory?

Despite all the doubters, Ruiz Jr. has been a top-level fighter for some time, and his professional record of 33-1 should not be forgotten, topped off with a stellar amateur record.

The 30-year-old saw success when taking the fight to Joshua, barraging through Joshua’s jab to fight him on the inside, and it’s unlikely for his tactics to change too much in the rematch.

If the Mexican can replicate his performance in the first fight, he may be in with a chance. You can get Ruiz Jr. to win between rounds 1-6 at an enhanced price of 13/2.

Anthony Joshua: How many calories does he consume and what’s his diet?

Anatomy of a knockout: How Anthony Joshua knocks out his opponents

Five reasons why Anthony Joshua is the real deal

Boxing: The best British boxers in the world right now

Boxing: The greatest fights from around the world