Liverpool, Brentford and Chelsea getting most love on social media this season

Liverpool, Brentford and Chelsea have – for the most part – enjoyed strong seasons so far, and our research has revealed that the trio have seen the biggest increases in positive social sentiment in the Premier League from fans this term compared to last year.

Our study has analysed how all 20 Premier League clubs have been received by supporters on Twitter so far this season, comparing it with the same period from the start of the 2020/21 campaign up to Christmas last year, to assess which clubs have experienced the biggest increases in positive social sentiment.

While Manchester City sit top of the Premier League table, it’s perhaps no surprise to see that Liverpool have witnessed the biggest jump of 13% in positive sentiment from fans compared to last season, given the free-flowing attacking football they have been playing domestically and in Europe under Jurgen Klopp this term, inspired by Mohamed Salah’s heroics.

Brentford and Chelsea follow closely behind Liverpool with hikes of 12% on last year in positive sentiment from supporters. Brentford’s rise has won many admirers, with the west London club sitting 12th in the Premier League, having been in the Championship last term. 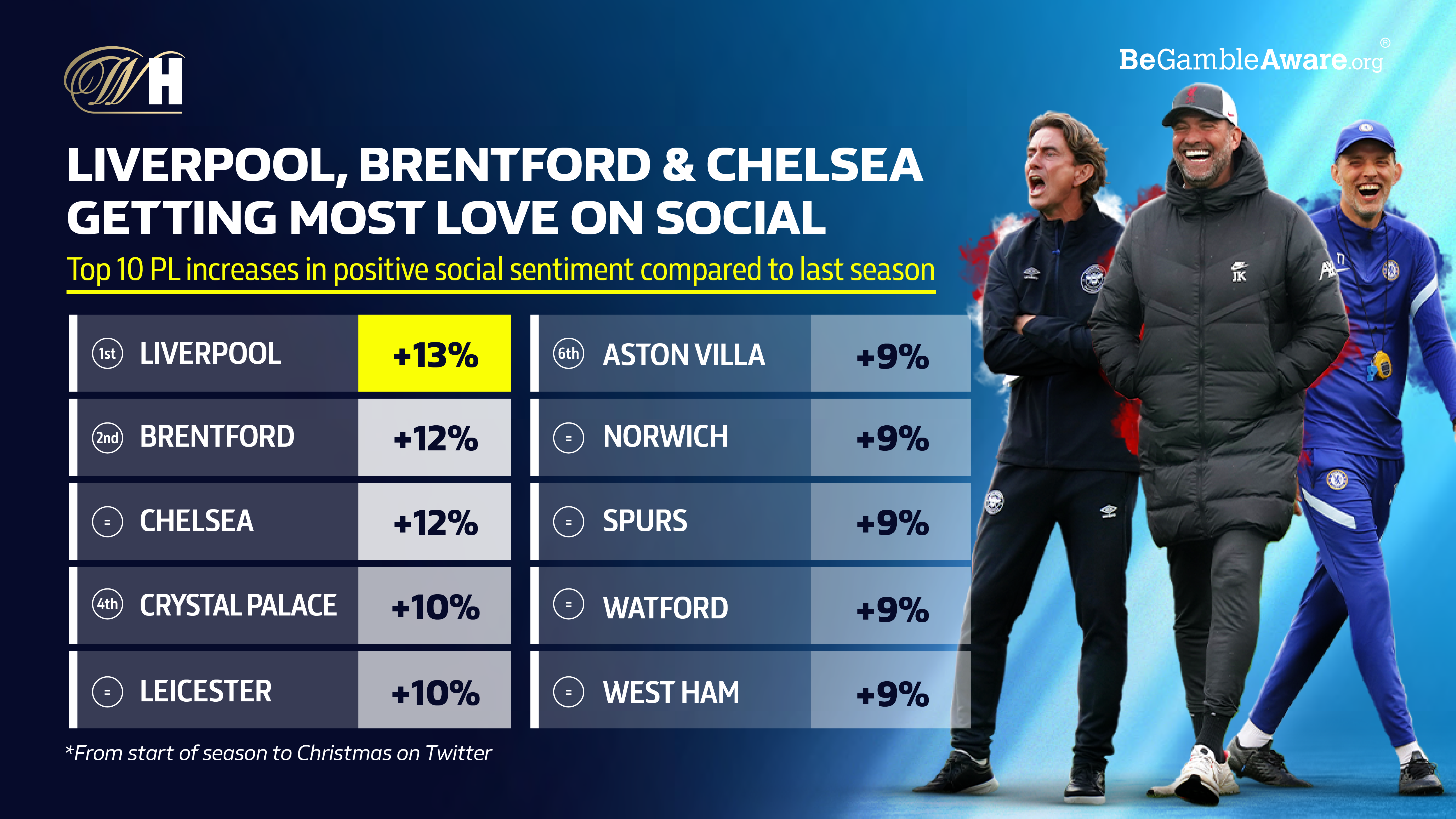 Chelsea, meanwhile, may have run into some poor form lately, but have mainly looked capable of challenging for the Premier League title and back-to-back Champions League trophies under Thomas Tuchel this term, with Frank Lampard enjoying less success this time last season.

Rounding off the top five are Crystal Palace and Leicester, who have both seen increases of 10% in positive sentiment. Patrick Vieira and Conor Gallagher have given Palace fans plenty of reason for optimism this season compared with the staleness of Roy Hodgson’s regime last term, although Leicester have seen a dip in form compared with their impressive start to last year’s campaign.

Aston Villa, Norwich, Spurs, Watford and West Ham complete the top 10, all having seen a jump of 9% and all arguably showing more promise this term compared to last year.