Liverpool have a 30% chance of securing back-to-back Premier League titles, according to our research, with history suggesting they are most likely to finish second next season.

The statistic is based off defending champions’ form the following season, with the title only being retained eight times out of 27 campaigns in the Premier League’s history – six times by Manchester United, and once apiece by Chelsea and Manchester City. Former United player Ryan Giggs was part of the Red Devils squad that retained the title on six occasions. 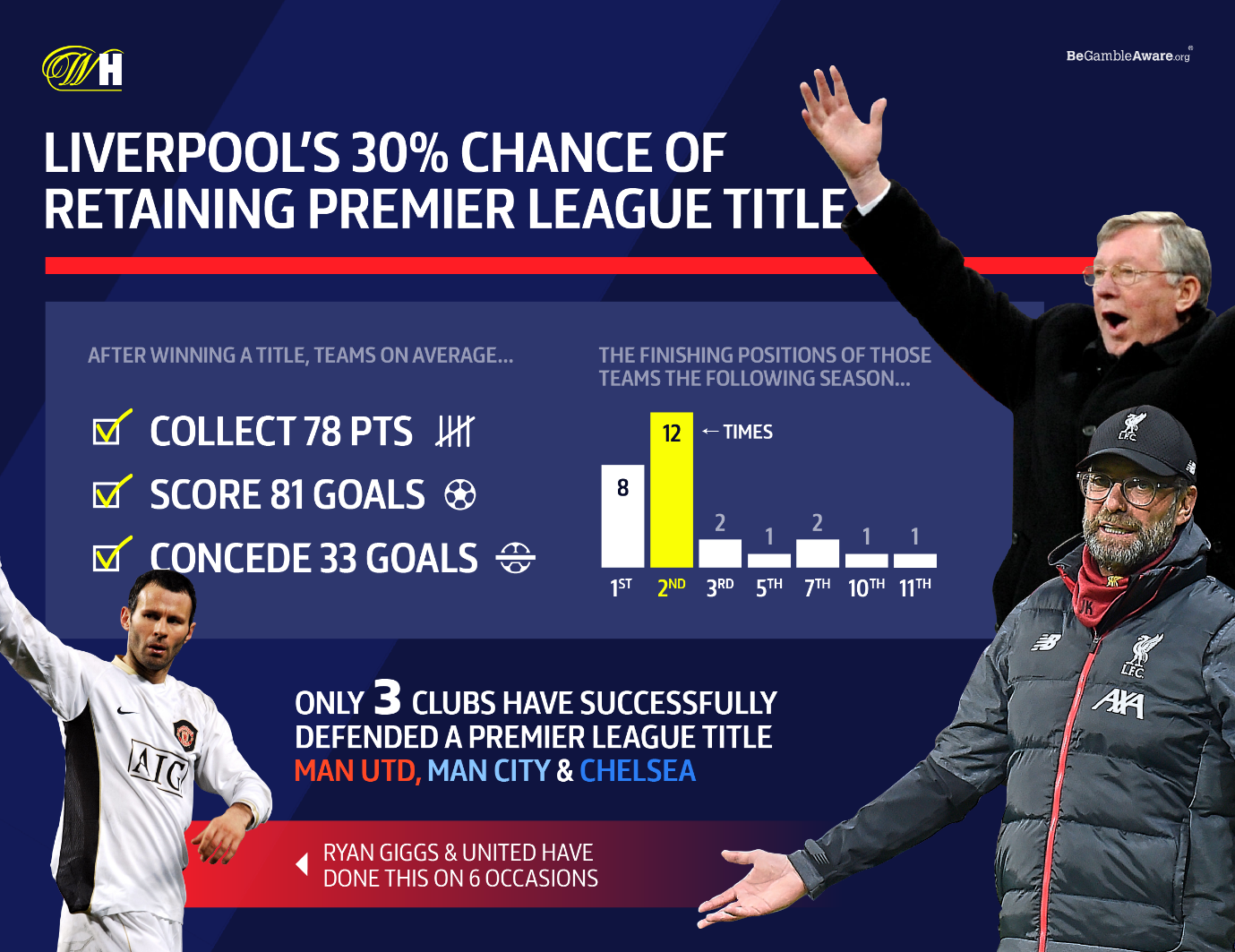 Our research also shows that ‘second season syndrome’ sees the holders score an average of 81 goals and concede 33.

After a stellar campaign this season, Liverpool are looking to become only the fourth club in Premier League history to retain a title after Man United, Man City and Chelsea’s previous feats, while Jurgen Klopp would be only the fourth manager to join an elite club of successive title-winning bosses alongside Sir Alex Ferguson, Jose Mourinho and Pep Guardiola.