The ground, the trip, the opposition, even the headgear: everything seems to point to Cracksman signing off on his stellar career with an odds-on victory in the Champion Stakes on Champions Day at Ascot.

John Gosden has four hot favourites on the Berkshire track’s flat-season-ending-five-Group-1-blow-out card, but at the time of writing, none are shorter than the son of Frankel, who bids to go out on a high by winning the day’s richest race for the second year in succession.

Before we discuss in length why the 4/5 jolly is still a good bet in the Champions Stakes predictions, let’s take a quick look at the market in its entirety.

Champion Stakes betting tips: Why the Ascot Group 1 is set up for Cracksman to go out on a high

John Gosden’s Rolls Royce thoroughbred has never encountered the heavy going currently prevalent at Ascot, but three of his last four wins have come on soft ground, while his sole defeat since the Irish Derby of 2017 came on good-to-firm.

After withdrawing the four-year-old from King George at this track due to the going back in July, Gosden noted:

“I don’t want to put him back on this type of ground again [good to firm], he didn’t appreciate it last time at the royal meeting. The horse is in great form but it would be a little bit stupid to try our luck again on a ground like this.”

Not only will give underfoot aid Cracksman’s attempt to land the Champions Stakes odds, but it may well assist in ensuring his closest rivals in the betting won’t perform to their best.

Crystal Ocean has only been chanced once on soft and did win, but that success came at Group 3 level against a horse that hasn’t won since and is now rated 20lbs his inferior.

Capri too, laboured to a head win in third tier Group action on his last try on soft ground, with the second rated 15lbs worse than him on the day of the contest in question.

For up-to-the-minute odds on the race and all the latest horse racing betting, visit William Hill 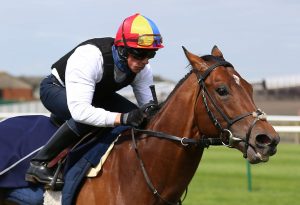 Just one of our Champions stakes odds second favourite Crystal Ocean’s last eight races have come over 1m2f, with Sir Michael Stoute almost exclusively campaigning him over 1m4f or 1m6f of late.

Unlike Cracksman, whose career best came over course and distance in this race last year, the best official rating of the Stoute colt’s career so far was earned over 2f further than he’ll contend with at Ascot.

Likewise, Capri has prevailed in only one of his three career runs over 1m2f and made his name over staying trips of 1m4f and upwards, most notably winning the 1m6f St Leger.

We’ve covered the case for Cracksman and against his opposition in some depth already, but there’s more. Capri runs just a fortnight after competing with great credit in Europe’s premier Group 1 over 1m4f, the Prix de l’Arc de Triomphe, meaning it’s hard to imagine he’ll be at his freshest.

As for the rest of the field, the favourite’s stablemate Monarchs Glen is the only other entrant in the Champions stakes odds to have finished better than sixth on their previous run.

Indeed, if there is an each-way play within the Champion Stakes odds, then it has to be the mount of Rab Havlin, who was last seen scoring over course and distance in the Wolferton Stakes at the royal meeting, with subsequent Ebor winner Muntahaa in behind.

Yet to win above G3 level, a big step up will be needed, but the four-year-old has been off the track since June and has won three of the last four races of his nine-start career. 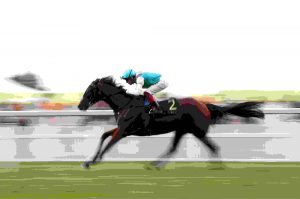 Want to know more about how to bet on horse racing? Click here to read our Trixie bet accumulator betting guide

After the first underwhelming run of his four-year-old year – when landing the Coronation Cup at Epsom – Gosden suggested Cracksman had developed an overly-studious interest in the fillies with which his post-racing career at stud will be concerned.

Fitted in blinkers for the first time for his Champion Stakes swansong, the thoroughbred’s master trainer has left nothing to chance in ensuring Anthony Oppenheimer’s colt goes out on a high.