Rafael Nadal and Roger Federer may be neck-and-neck when it comes to the most male Grand Slam singles titles won in history, but our research has revealed it’s Nadal who leads the Race for the G.O.A.T. with the superior Grand Slam record heading into the French Open.

The Greatest Of All Time debate will carry on long after Nadal and Federer lay their rackets down for good, and with both players already achieving an unbeaten 20 male Grand Slam singles titles each, this year’s French Open could see history made with a record-extending 21st major title for one of the duo. 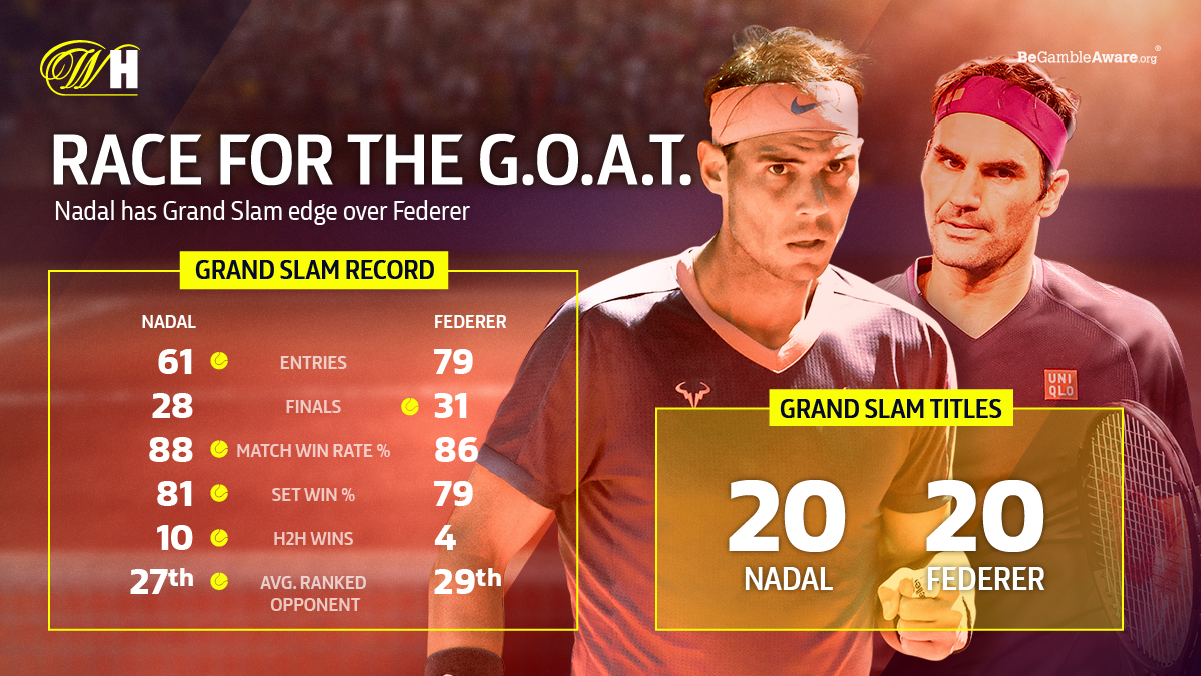 While Federer has appeared in more finals – 31 to Nadal’s 28 – a further breakdown of their Grand Slam records show that Nadal has a better strike rate than his counterpart at 71% to 65%, while the Spaniard can also call upon a superior set win percentage of 81% to his rival’s 79%.

When it comes to the duo’s head-to-head record at Grand Slams, Nadal once again comes out on top with 10 victories to Federer’s four, while the Spaniard has also faced on average a higher-ranked opponent over the years of 27th, with the Swiss typically facing a 29th -ranked opponent on average.

As for Grand Slam records per event, Nadal has a remarkable 98% success rate at the French Open, with an overall match record of 100 wins and two losses on the way to winning his 13 titles. Federer’s success at the event, in contrast, has not been so fruitful, winning the title there just once, with an overall record of 81% in the Grand Slam.

Wimbledon, however, has been Federer’s happiest hunting ground, winning the title there on eight occasions, with a match win rate of 89%, compared to Nadal’s two successes on the famous turf and 82% match win rate. 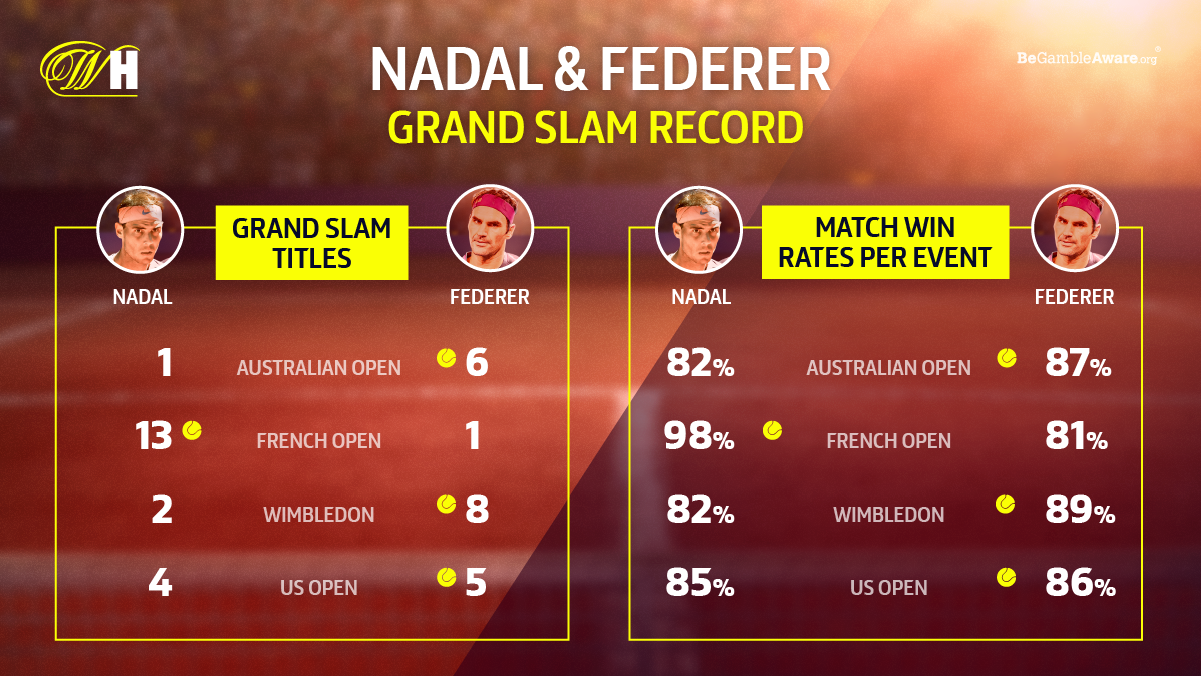